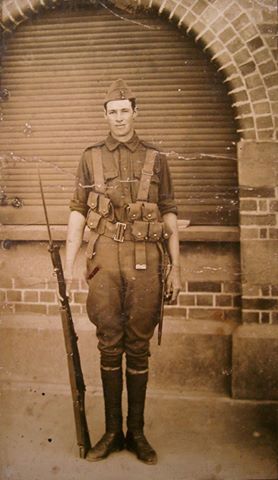 Summary: HMAT A14 Euripides 15,050.tons. 15 knots. G Thompson &amp; Co. Ltd. London. Commonwealth control ended 2 June 1917. Category : Australian Navy/ Troopships/ Hospital Ships “The fitting out of the first 28 vessels to be requisitioned proceeded astonishingly quickly, with the last transport completely equipped by 27 September 1914. Nine of these ships were over 10,000 tons, with the largest being SS Euripides, an Aberdeen White Star liner of 15,000 tons. Given the official number ‘A.14’, Euripides was one of three transports to be fitted out in Brisbane. When completed on 18 September she had berths for 136 officers and 2204 other ranks, and stalls for 20 horses.” “The troopships might be ready for embarkation but with the whereabouts of several German warships uncertain, Imperial authorities remained unwilling to risk their passage across the Indian Ocean until a sufficiently powerful naval escort could be assembled. Euripides, for example, did not embark her first troops at Sydney until 19 October. Soon, however, she had onboard the Headquarters of the 1st Infantry Brigade, the 3rd and 4th Battalions and the 1st Field Ambulance. No one embarked yet knew where they were going, but the scale of the undertaking was obvious to all. As William McKenzie, a chaplain in the expeditionary force, observed in his diary, ‘Never before have so many troops left Australia in one single ship’” http://www.navy.gov.au/history/feature-histories/australian-sea-transport-1914 https://www.awm.gov.au/collection/G01549/
HMAT A14 Euripides

“Charles Stanley Buckeridge (same Battalion), C Company, 3rd Battalion… embarked from Sydney on HMAT Euripides on 20 October 1914. …was slightly wounded in the landing at Gallipoli on 25 April 1915…” https://www.awm.gov.au/collection/P05594.001 “The 3rd Australian Brigade (4,000 men) was to be the covering force, with other brigades to come ashore throughout that day and the next.” https://www.awm.gov.au/exhibitions/dawn/plan/landing.asp “The 3rd Brigade is a combined arms brigade of the Australian Army, principally made up of the 1st, 2nd and 3rd Battalions of the Royal Australian Regiment (1, 2 and 3 RAR). It was originally formed in 1914 for service during World War I, taking part in the fighting at Gallipoli and on the Western Front in Europe.” https://en.wikipedia.org/wiki/3rd_Brigade_%28Australia%29
Getting into boats at 6 am to be taken ashore. AWM

1340 Private HAGUE, Henry His Red Cross file states that he died of Pneumonia, on 17 July 1915, and was buried at sea. His service record states died of pneumonia, on 17 July 1915, and was buried at sea near Malta. His service record also states buried 3 miles of Gaba Tepe by Reverend C.H. Mayne. Born: 22 April 1895, Bundadoon, NSW Died: 17 July 1915, Gallipoli, Turkey Henry Hague was born to John and Julia Hague at Bundanoon on 22 April 1895. He was a hide and skin buyer when he enlisted on 31 August 1914. Hague embarked from Sydney on the HMAT Euripides on 20 October 1914. His Battalion was part of the Gallipoli campaign and while there Hague fell ill with pneumonia. He was transferred to the hospital ship HS Gascon and died at sea on 17 July 1915. He was buried at sea. At the time of his death his parents were living at Orchard Hills. Memorial Details: Lone Pine Memorial Cemetery, Gallipoli, Turkey Sources: National Archives Australia: B2455 HAGUE H http://recordsearch.naa.gov.au/SearchNRetrieve/Interface/ViewImage.aspx?B=4362959 Australian War Memorial Roll of Honor https://www.awm.gov.au/people/rolls/R1634076/