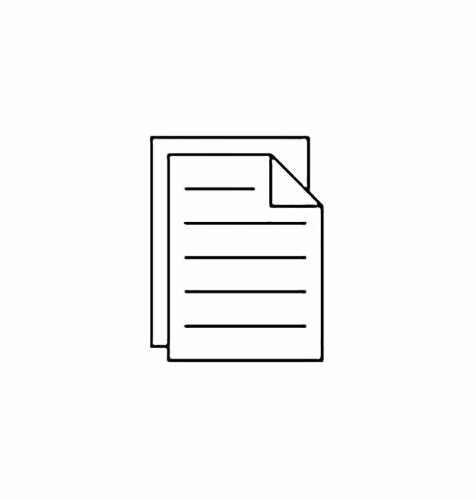 Grace being the youngest daughter, born 23 November 1892, at Pleasant Valley, Mudgee Road Ilford
NSW, grew up on the farm known as ‘Pleasant Valley’, Cunningham’s Creek, Ilford, NSW, just had all
her sisters and brothers had done so prior to her. Her Eldest sister, Clara born 1874 was 18
years old when Grace was born, then, Ida, who only survived 11 months, followed by Rose born 1877
was 15 years old and then Robert born 1879 was 13 years old when Grace was born. Followed by James who was 11 years old and Herbert was 7 years old, followed by Emily (Ivy) who was 5 years old and then Wilfred who died at the age of 3 years old, and with only one younger brother, Phil being born 4 years, after her, in 1896. They were all required to do their chores around the place, helping
whenever required on the Farm, and Grace would have been the last daughter to leave home.

She grew up and went to school along with her elder sisters and brother’s at Warangunah School,
travelling on horseback, or walking over the hills, out over the back paddock, passed the dairy,
of ‘Pleasant Valley’, Ilford.

Grace was bestowed with the special task, as being the youngest girl of the Family and that was to
care for her parents as they reached older age. It was considered her duty to stay home & look
after ageing parents. After her Mother died in 1920, she cared for her Father, but moved away to
seek a career and life for herself and left the district on 17 September 1924. (See photograph of
family and friends farewelling her form Clandulla Railway Station for the train to take her to
Sydney. There is a group of people with her, including her brother, Phil and his wife Ede Slapp.
Grace has all her luggage with her. It was probably a tearful farewell).

This was three weeks after her brother, Phil Slapp and Ede Weatherley, were married on 23 August
1924, probably after the return from their honeymoon 1925. It was probably considered that Ede
would take care of her aging Father-in-Law, John Slapp, as he was now 74 years old.

Grace went onto visit friends in Sydney, and then went to stay at Blackheath. Sometime later, took
a live-in position at “Pixie Ladies College” at Bathurst. She had a happy time there, according to
her diary and made many friends.

She decided to become a nurse and move to Crown Street Woman’s Hospital, in Darlinghurst, Sydney,
to train and study. The course she took was Obstetrics and General Nursing. She passed all the
required exams and was awarded registered nursing certificate.

A position as an Obstetrics nurse became vacant in the Belmont / Swansea district, and Grace moved
there as a registered nurse. She traveled to patients all around the area including Catherine Hill
Bay. She bought a small car, a “baby Austin” and used it to visit her patients in this. One day she
gave a lift to a man walking along the road. ‘A fateful meeting’, (her son, John said, many years
later). He was a preacher at the Methodist Church at Catherine Hill Bay. His name was Jim Hague.
They were later married and they went to live at her new husband’s place at Cam’s Wharf, near
Nord’s Wharf, southern part of Lake Macquarie, New South Wales.

This all happened in the time between 17 September 1924, when she left ‘Pleasant Valley’ and her
Marriage to Jim Hague on 29 August 1929. We have no photographs of their wedding and no mention
within Graces’ letters.

Their next move was to Gulgong, NSW, where a Private Hospital became available for lease. This
was ‘Brislington’ Private Hospital, and Grace and Jim Hague, operated it from about 1930 to 1939.
Most probably, many people from the Gulgong District would have come there for the birth of their
babies. She was well known and respected, in the District. This where, their own son, John was
born, in 1932. (See history of ‘Brislington’ notes. below).

Grace and Jim Hague moved out in 1939 or 1940. Son, John remembers they held an auction sale for
the furniture they did not wish to take back to Cabramatta. It poured rain the day of the auction
sale and probably the only day it rained that year!

One of the reasons his Mother decided to leave was that not many patients (or their husbands) could
not, or would not pay the fees for midwifery service. Gulgong was a ‘poverty pocket’ of the State,
in those days, so maybe the patients could not pay? John remembered a long line of ‘ragged’ people,
walking inline up the hill on ‘dole day’ to collect their food stamps, and Dole, or pension
payments.

Other people were prosperous because wool was selling for a high price. One such grazier was a
frequent visitor to ‘Brislington’ to see a girl my mother had employed. This girl and grazier were
married and their sons still farm at Gulgong. The Family is well known there. (No name was offered
in his story)

John Hague visited the site of ‘Brislington’ early in the year of 2003 (gathering information for
the Slapp family Tree), and found the old house still standing, although it is no longer a Private
Hospital. It had changed greatly since we lived there over 60 years ago. A large Wheat Silo has
been built, almost in the backyard of the property, between the house and the railway line, on
which trains no longer run.

The family later moved to Cabramatta where Jim Hague and his Mother owned a house and shop.

They later moved back and operated a Pushbike Shop in Cabramatta, which sold and repaired
Pushbikes. This business was at 235 Cabramatta Road, Cabramatta, New South Wales. (the Cabramatta
of those days was certainly very different to the Cabramatta we hear so much about in Media of
later years, and with the influx of an Asian population)

Upon approaching retirement age Jim and Grace sold their business and moved to a house at 25 Nelson
Street, Concord, NSW.

Both Jim and Grace passed away whilst residing at this residence, in Concord, a Sydney Suburb, (Jim
1961 and Grace 6 years later)

Between these two sad events, in September 1966, Robert (Bob) William Slapp, of Dubbo, wrote to his
Aunty Grace seeking information on the history of his parents and his grandparents and there
arrival in Australia. Bob was 49 year old when he wrote to Grace, and this is considered the first
on any correspondence regarding the gathering (re-typed copy within and Graces’ intended response
to his letter (possibly never sent. Never-the-less, this sparked off numerous letters to other
relations seeking more information and some of these inspired Doris Slapp of Waratah, to pick-up
the information seeking, which she continued all her life, for the next 45 years.

Their son John still lived in the family residence, after their passing.

(An interesting note, that a Nurse Stott was a very good friend of Nurse Grace Slapp, as they went
through their training as nurses together. Not an common name, so therefore it is assumed that this
is the same family. another interesting note, that can’t be confirmed, is, another close friend to Sister Grace Slapp, was a Nurse Jarrett, and a Nurse Jarrett is registered on Denis Slapp’s, Birth Certificate when he was born 1944, was ‘Nurse Jarrett’s Private Hospital, 21 Mary street, Lidcombe …makes you wonder …this also is not a real common name) …. if we could only ask someone(?)

In 1936 Sister Grace Hague took over the business from her friend and continued to run it as a
Private Hospital 1940.

In 1936 Mr. Harry Seis leased the property from his uncle, George Stott, until 1940. (that was the
same time that Sister Hague took over the Hospital.
Mr. Harry Seis gave up the lease in 1940 and Mr. Len Price took it over~ Upon Mr. Price taking over
the lease, Brislington ceased being a Private Hospital and became again a private home.

Late in 1949 the property was sold to the Donnelly family who have owned it ever since.

Upon Sister Hague leaving Gulgong, she went to live in Cabramatta at the bicycle shop and then moved to North Strathfield until her death.

Doctor Allport arrived in Gulgong in 1919 and died in Gulgong whilst walking into the Hospital. A
son who is a Solicitor and a daughter who married a Dentist Mr. Les Griffin survived him.

Brislington Private Hospital was located in Homer Street Gulgong. This is on the eastern side of
Gulgong and the building is just off Henry Lawson Drive (which is the continuation of Mayne Street)
shortly before crossing the railway line heading towards Home Rule. The old grain silo is just down
the road from it.

Over the last few years it has changed hands a couple of times but it still looks the same with the
occupants wanting to restore it to its former glory.